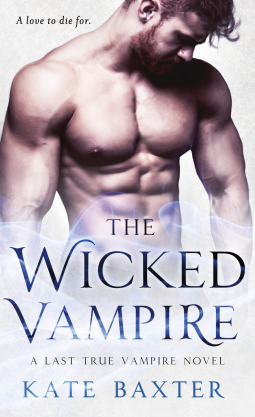 He was one of the most feared creatures in the supernatural world, and yet, she was drawn to him unlike any other. His scent ignited her thirst. The sight of him drove her mad with want…

Lovers forever—or enemies to the death?

Sasha Ivanov was born to be wild. A vampire party girl, she stalks the L.A. clubs at night. Dancing. Drinking. Indulging her darkest appetites. Never sated, she’s always looking for more: more danger, more excitement, more blood. But when she enters a supernatural fight club—and is tethered to her mortal enemy—Sasha realizes she’s playing the most dangerous game of all…

Ewan Brún was born to kill vampires. A powerful berserker and unbeaten champion, he doesn’t need a weapon to be deadly. He is the weapon. But when his soul becomes captive to the most beautiful vampire he’s ever seen, he is all but powerless. He cannot resist Sasha—and cannot fight his desires. Is their love strong enough to defeat the gathering forces of darkness that threatens to destroy them both?

Okay…. Let’s be brutal honest here: I think the cover is the best part of the book. The cover was promising, the blurb sounded real good, the reviews so far have been great. But when after only one chapter Ewan was bending Sasha over for a ‘wham-bam-thank-you-maam’ without even knowing her name, just because they had tethered (it took me another chapter to realize what this was), I had my first doubt.

Yes, I like paranormal books, about vampires, werewolves and other supernatural beings. So if I meet a new kind, in this case Ewan the berserker, I’m looking forward to meeting him. And although Ewan had his moments, he was mostly one killing machine. And if he wasn’t killing anybody, then someone was trying to kill him. But since he is nearly indestructible, his enemies tend to slice him up again and again.

And still, even when I didn’t want to read about the bloodshed any longer, I had to finish the book, to see whether Sasha and Ewan would end up together or not. And therefore not one, but two out of five stars from me. With a thank you to Netgalley for providing the arc.